Time For A Change. Wake Up People! - Gaia Meditation skip to Main Content

Time for a change in the world! Wake up people! The world has come to a turning point in its history… The Truth is being revealed, and we are now in a time when the world is moving into a new paradigm, where fear and darkness is being replaced by Love & Light!

Even if you don’t see it enough in the media, hundreds of thousands of people are working to make our world a better place. And at every level in society, people are “waking up” more and more, understanding how we have been fooled for so many years by a small group of greedy people…

In 1940, in the movie “The Great Dictator” which he wrote and starred, Charlie Chaplin was describing the exact world we’re living in today. The movie is about a poor Jewish Barber who is mistaken for a dictator of a similar appearance and takes his place. In his rejection of the position he ends up giving one of the most inspirational speeches ever recorded. Chaplin was a true visionary man… 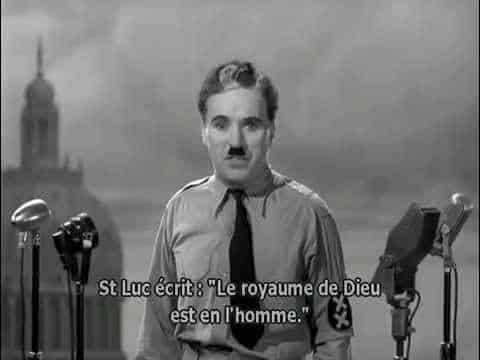 75 years later, Chaplin’s speech is still relevant but we are now in a state of “emergency”, fighting for survival in different places around the globe… In January 2015, a young man named Spencer Cathcart has released a video that went viral: “The Lie We Live”. His message is similar to the one of Chaplin’s. He’s truly urging us to open our eyes and gather for a new world of love and peace: 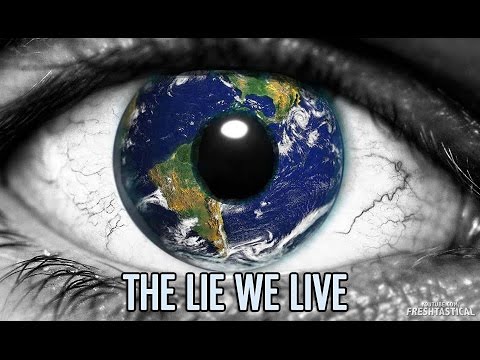 Even though years separate Chaplin and Cathcart, the message is still the same:

Chaplin: “Greed has poisoned men’s souls, has barricaded the world with hate, has goose-stepped us into misery and bloodshed.”

Cathcart: “We see everything as something to be sold, as an object to be owned.”

Chaplin: “Dictators free themselves but they enslave the people!”

Cathcart: “The elite who hide behind the logos of corporations. This is their world. And their most valuable resource is not in the ground. It is us.”

“They gave us money and in return we gave them the world.”

“We fail to realize the politicians don’t serve us; they serve those who fund them into power.”

Chaplin: “In this world there is room for everyone. And the good earth is rich and can provide for everyone. The way of life can be free and beautiful, but we have lost the way.”

“Even now my voice is reaching millions throughout the world – millions of despairing men, women, and little children – victims of a system that makes men torture and imprison innocent people.”

Cathcart: “Before our days were timeless, now our days are scheduled.”

“If you try and take what the Earth provides you’ll be locked away. So we obey their rules.”

Chaplin: “… don’t give yourselves to brutes – men who despise you – enslave you – who regiment your lives – tell you what to do – what to think and what to feel! Who drill you – diet you – treat you like cattle, use you as cannon fodder. Don’t give yourselves to these unnatural men – machine men with machine minds and machine hearts! You are not machines! You are not cattle! You are men!”

Cathcart: “We discover the world through a textbook.”

“Smart enough to do our job but not to question why we do it.”

“So we work and work, left with no time to live the life we work for.”

“The small group of corporations that own the media […] Surrounding us with a fantasy we’re told is reality.”

Chaplin: “I don’t want to rule or conquer anyone. I should like to help everyone – if possible – Jew, Gentile – black man – white.”

Cathcart: “We need leaders, not politicians. But in this world of followers, we have forgotten to lead ourselves.”

Chaplin: “… let us all unite. Let us fight for a new world – a decent world that will give men a chance to work…”

Cathcart: “… today, we have an opportunity we never had before. The internet gives us the power to share a message and unite millions around the world. While we still can we must use our screens to bring us together, rather than farther apart.”

“Many of the happiest people are those who own the least.”

Chaplin: “In the 17th Chapter of St Luke it is written: “the Kingdom of God is within man” – not one man nor a group of men, but in all men! In you!”

Cathcart: “We wait for someone to bring change without ever thinking of changing ourselves.”

“Stop waiting for change and be the change you want to see.”

These last few lines remind me what Mahatma Gandhi said: “Be the change you wish to see in the world”. Once again, at this time of our history, we can’t afford to wait for someone to save us. We all have the power to accomplish big things but we have to make efforts every day to become better versions of ourselves. And remember, we all are a combination of a physical body and a non-physical one (soul). The key to any change lies within us… Our soul is the gateway to our inner power, and the only way to access it and reprogram ourselves is by meditating…

This is why at Gaia Meditation, we strongly encourage the practice of meditation because it will clear your mind from all the external mess and bring peace within yourself. And by the way, you should check out Gaia Meditation method which a simple method that I have created for you to go back to your essence and reveal your inner power. Also, we have designed powerful meditation music embedding brainwave entrainment (binaural beats and isochronic tones), the frequency of the Universe 432 Hz, the Love frequency 528 Hz and the other Solfeggio frequencies. These audios will truly help you to enhance your practice of meditation.

The world is changing, we have to adapt… Are you ready for the new paradigm?

The 9 types of intelligence, which one are you ?

The multiple intelligence theory describes intelligence as the inherent potential of human capabilities. According to…

Propaganda & Persuasion, and Their Impact on Mass Media Manipulation

First of all, we know this article will not please everybody but the aim of…

Amazing Facts about the Pyramids of Egypt

When you think about Ancient Egypt, you immediately think about the pyramids. These monuments are…

Hi everyone! 2020 was a challenging year. We'd lik